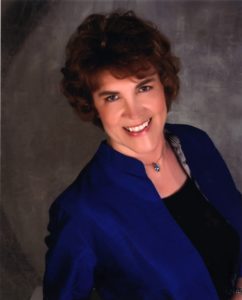 Linda Sheffield, PhD, founding director of the Kentucky Center of Mathematics, is a co-author of Math Innovations, a middle grades mathematics series as well as the Javits-funded Project M3: Mentoring Mathematical Minds and the NSF Project M2: Mentoring Young Mathematicians, two series of units for advanced elementary and primary students.  She is vice president of the International Group for Mathematical Creativity and Giftedness (MCG), a leader of the National Association for Gifted Children (NAGC) STEM Network, the National Council of Supervisors of Mathematics (NCSM) Special Interest Group on Mathematically Promising, was chair of the National Council of Teachers of Mathematics (NCTM) Task Force on Promising Students, and is past president of the School Science and Mathematics Association (SSMA). Among the over 50 books that she has authored, co-authored, or edited are the NAGC/NCTM/NCSM book Using the Common Core State Standards for Mathematics with Gifted and Advanced Learners; the NCTM/NAGC/AMLE book The Peak in the Middle; Extending the Challenge in Mathematics; Awesome Math Problems for Creative Thinking; the PreK–2 NCTM Navigations series; and math methods books for early childhood, elementary and middle school teachers. She has conducted seminars for educators, parents and students across the United States and in nearly twenty other countries with an emphasis on helping students develop their mathematical creativity, engagement, enjoyment and abilities to the fullest extent possible. Dr. Sheffield is a past KAGE President. http://www.lindajsheffield.com/

Monday, February 24: Getting into Shape: Developing Spatial Abilities for STEM Expertise and Innovatio